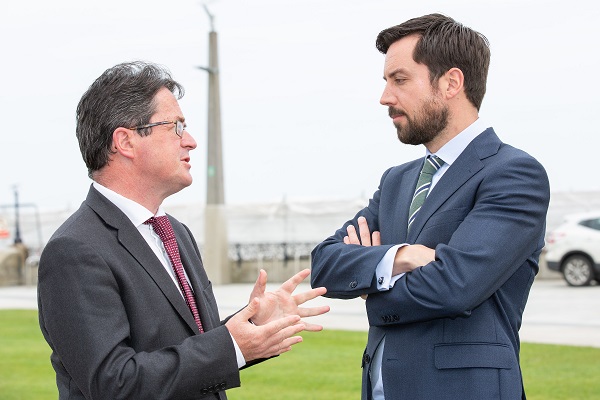 In recognition of the increased importance being placed on marine litter, business group Irish Business Against Litter (IBAL) will this year extend its annual Anti-Litter League to include beaches, ports and rivers. The programme has been ranking towns and cities across Ireland according to their litter levels for the past 16 years.

Over 60 sites, covering coasts and inland waterways, will monitored independently by An Taisce, which will be ranked in a litter league table, to be published in late summer.

Established in 1996, Irish Business Against Litter (IBAL) is an alliance of companies sharing a belief that continued economic prosperity – notably in the areas of tourism, food and direct foreign investment – is contingent on a clean, litter-free environment.

“Our coastal areas and waterways are of course a vital part of our tourism product, says Conor Horgan of IBAL, “and for this reason alone warrant inclusion in our survey. But by allowing us to draw attention to the broader critical issue of marine litter, their significance is much greater.

“Litter is transitioning from a primarily visual concern to a health and environmental one, with marine litter seen as signalling the inevitable death of our seas unless a rapid change can be effected. A stark illustration of this threat is the plastic ‘garbage patch’ three times the size of France floating in the Pacific Ocean.”

It is estimated that by 2050 there will be more plastic in our oceans than fish.

The extension of the IBAL programme is supported by the Department of Housing, Planning and Local Government. “The IBAL Litter League has proven a powerful instrument in focussing attention among local authorities, volunteer groups and others on litter in towns and cities. It is my hope that it will raise similar awareness of how litter on land directly contributes to the urgent marine litter problem we face today”, said Minister of State Damien English TD.

The Anti-Litter League programme has helped bring about a spectacular shift in litter levels since 2002, when only two of the towns surveyed were deemed ‘Clean’. The most recent report shows over 70% of towns attaining Clean status, with none branded a litter blackspot.