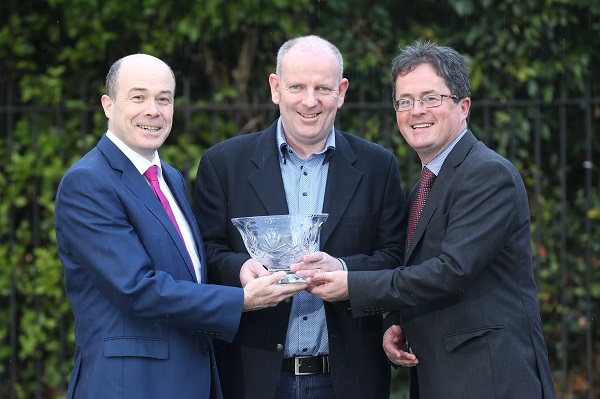 Jan 2018 – Ennis was revealed today as the cleanest town in Ireland in the 2017 Anti-Litter League by Irish Business Against Litter (IBAL). Minister Denis Naughten announced the winner at an awards function in the Shelbourne Hotel in Dublin. In the league of 40 towns and cities, Ennis edged out last year’s winner Kildare and Roscommon. Waterford was again the cleanest city. A special public sculpture to the value of €40,000 will be commissioned for Ennis to mark the achievement.

This year, 88% of towns surveyed were at least as clean as the European average. It was a mixed bag for cities, however, with Tallaght and Limerick City improving but Dublin Centre falling back to moderately littered, and disadvantaged city areas dominating the bottom places in the rankings.

An Taisce, which conducts the surveys on behalf of IBAL, commented in its report on Ennis: “An exceptional result for Ennis, which has performed strongly in recent surveys. All approach roads to Ennis got the top litter grade and this high standard was maintained for almost all of the sites surveyed in the town.”

Congratulating Ennis, Conor Horgan of IBAL said: “We have seen standards of cleanliness rise and rise since we first commenced this programme back in 2002. To achieve top spot now requires maintaining an entire town in an almost pristine condition, which a local authority cannot do alone. In recognition of this fact, the IBAL sculpture is intended as a tribute to the people of Ennis.”

The two runner-up towns will each receive a number of “Emerald Queen” Norway maple trees to enhance the local environment, courtesy of the Irish Tree Centre in Cork.

At the event, the IBAL spokesperson reiterated the threat of increased illegal dumping as pay-by-weight becomes more widespread, and acknowledged the Minister’s efforts to counter this. 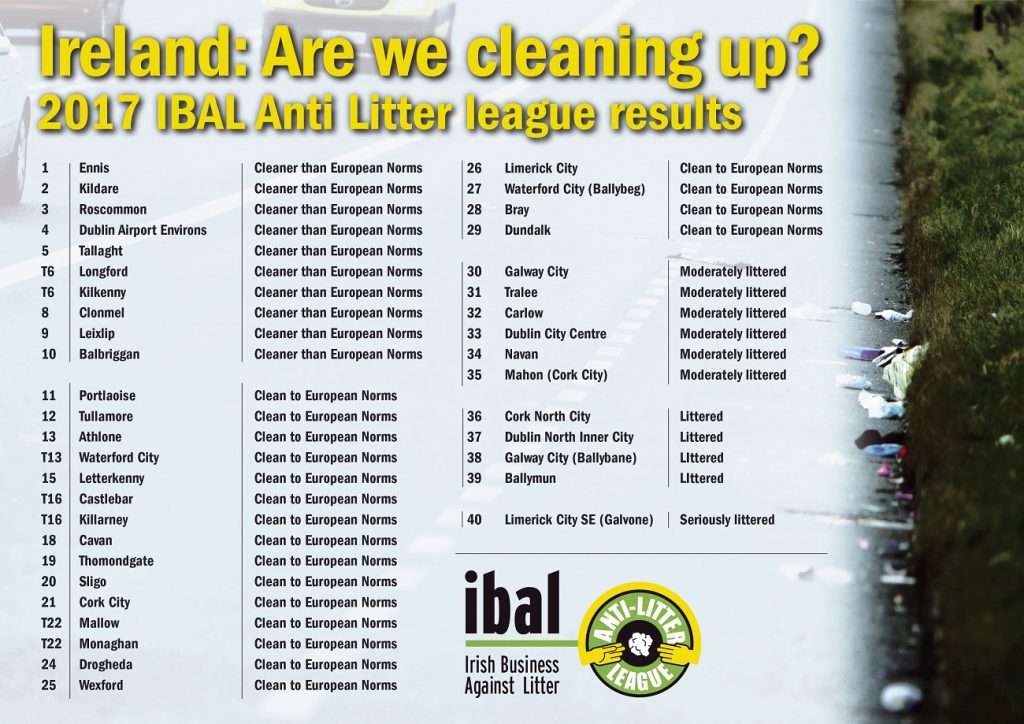